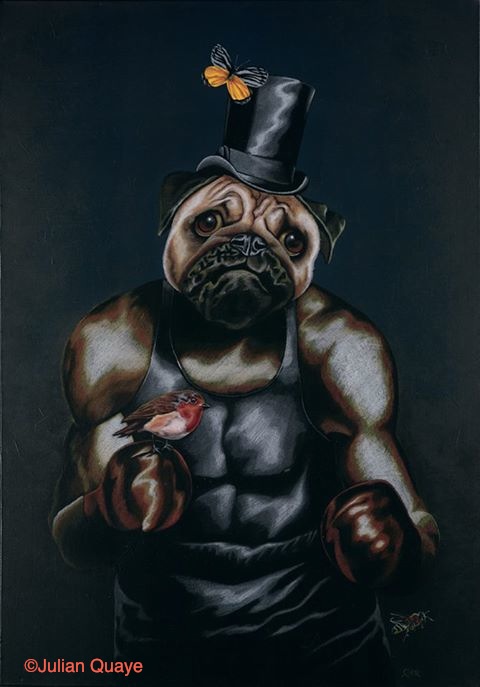 Much blood, sweat and tears were shed during the bone crunching bout between Padraic Patrick Gamble known as ‘The Napoleon of the Ring’ and ‘Big Ginger’ Tom Cribb at the Woodcutters Inn. Many came from far and wide to witness this gruelling match between two of Bristow’s greatest pugilists, after thirty-six rounds Padraic relinquished his crown to the new ‘King of the Ring’ Tom Cribb and retired from the game.

Much money was won and lost and there was talk of Padraic being coerced by his manager Duggie ‘The Showman’ Burns into taking a fall.  Burns now tours the counties promoting his new protege Cribb whilst Gamble headed to the bright gas lights of the capital to seek his new fortune under the tutelage of the ‘agent provocateur’ Lucky Lou. ‘Your muscle and my brains ….  we’ll make a fine team’.

Other mentions of Duggie 'The Mognificent Seven'

A4 prints
A3 prints
Large prints
Next
Back to top
Tweet